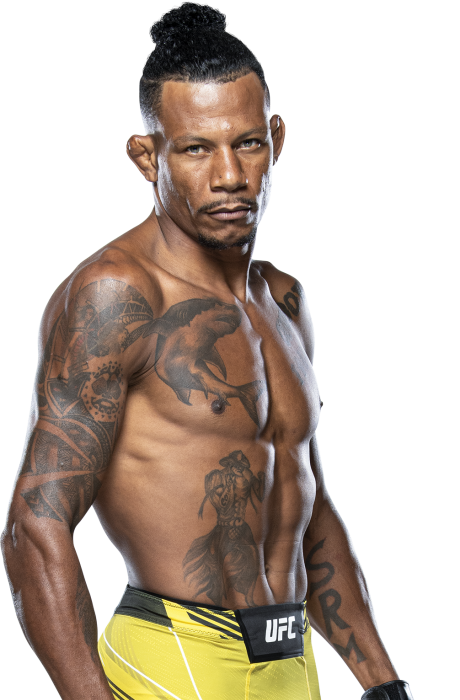 When and why did you start training for fighting? I started training when I was 22. I used to get into fights in nightclubs a lot. One day someone saw me and invited me to start training.
What ranks and titles have you held?  Muay Thai dark blue, BJJ blue belt.
Do you have any heroes? My master Andre Tadeu, he’s an example for me.
What does it mean for you to fight in the UFC? A dream that is coming true.
What was your job before you started fighting? Construction worker.
Specific accomplishments in pro competition? I fought twice in Muay Thai pro competitions and then started fighting MMA.
Favorite grappling technique: Arm triangle
Favorite Striking technique: A destroying punch 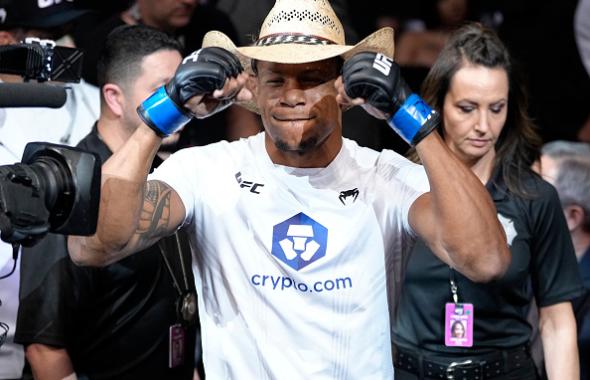 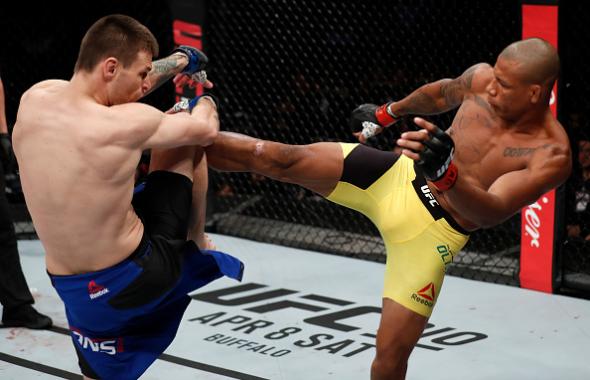