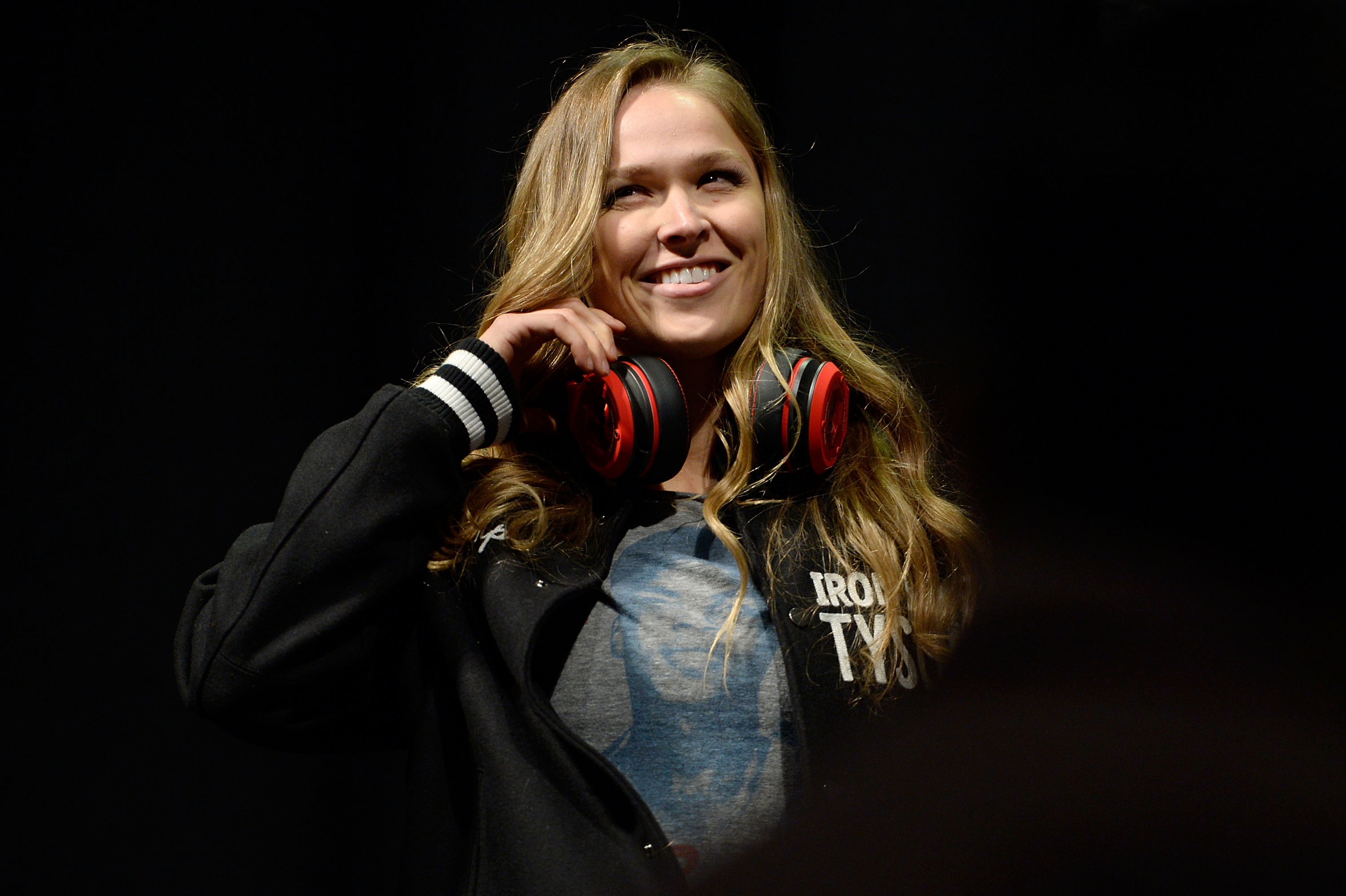 Fresh from successfully defending her championship title against Alexis Davis at UFC 175 in Las Vegas on July 5, with an impressive 16 second knockout victory, and about to make her movie debut in The Expendables 3, Rousey is no stranger to success and working with the best, making the partnership with Monster a knockout choice.

“Music is a huge part of my life. It motivates me while training and before my fights while also helping me relax in my down time,” said Rousey. “Monster shares the same standards for perfection and performance in their products that I bring to the UFC. Regardless of the song, Monster headphones sound incredible and amp up my listening experience.”
Monster and the UFC: The Fusion of Music, Sports and Lifestyle
Monster Products Octagon headphones are the official headphone of the UFC, which includes individual endorsements of UFC lightweight champion Anthony Pettis, and now, Rousey.

“UFC’s collaboration with Monster has been hugely successful in bringing great music to UFC fans. The Octagon headphones unique color and design are an expression of the UFC lifestyle,” stated Head Monster Noel Lee.

Noel continues: “Monster is incredibly proud that Ronda has chosen to partner with us. She is really a superstar inside the Octagon® as well as outside. Ronda represents the Monster brand in her approach to be the very best in what she does. From the first American woman to win a bronze medal in Judo in the Olympic Games, to her current undefeated record as the UFC women’s bantamweight champion, she truly embodies the essence of Monster.”

Ronda Jean Rousey is an American mixed martial artist and judoka. She has never lost a fight, and is the first and current UFC women's bantamweight champion, as well as the former Strikeforce women's bantamweight champion. Rousey became the first American woman to earn an Olympic medal in Judo at the Summer Olympics in Beijing in 2008. Outside of the Octagon, she stars in two major blockbusters: Expendables 3, which will be released this summer, and Fast and the Furious 7, which will be released in Summer 2015. Ronda is also 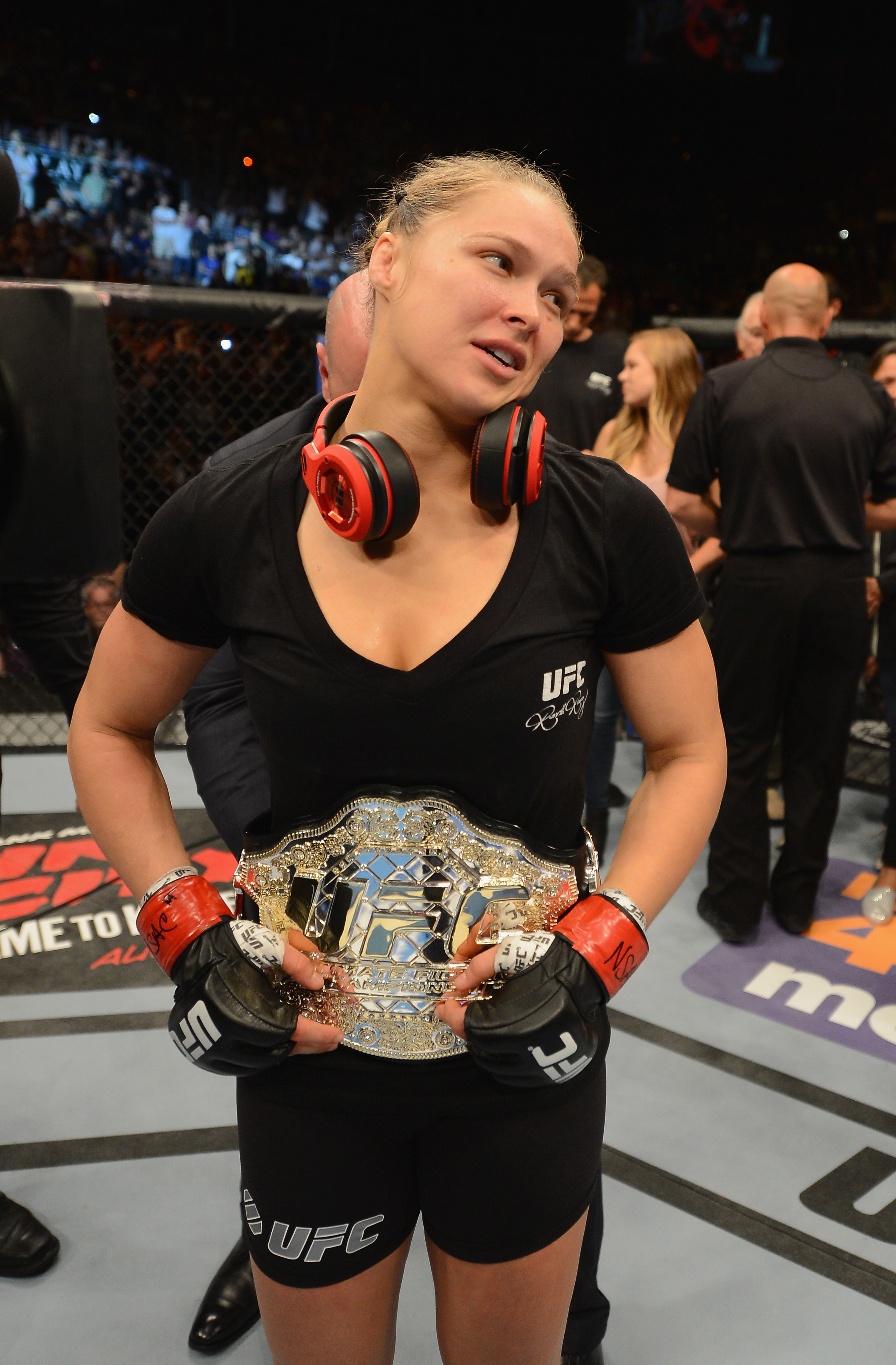 one of the female leads of the upcoming Entourage movie.

For the past 35 years, Monster has been a catalyst for innovation and big ideas. Discovering that cables in hi-fi systems influenced the sound, Head Monster Noel Lee developed Monster Cable - an immediate hit. Monster engineered the sound of Beats® headphones, and has since become the world’s leading manufacturer of high-performance headphones, all featuring Pure Monster Sound™ technology.  Today, the company offers advanced connectivity solutions for professional musicians, home entertainment, computing, mobile and gaming, as well as high performance AC Power and conditioning products. Monster continues to lead in innovation with Monster having been granted over 500 Patents and 100 patents pending worldwide, offering more than 5,000 products in over 160 countries. Monster® also prides itself in helping those who are in less-than-fortunate circumstances through Monster Cares. Above all, Monster does what it does Because The Music Matters. Explore the world of Monster at www.monsterproducts.com. To become a fan of Monster products, please follow us on Facebook (www.facebook.com/monsterproducts) or Twitter (www.twitter.com/monsterproducts).