Having spent half his life training in mixed martial arts – literally – Steve Garcia must have been the happiest man in the world on October 8, 2021, when he got his hand raised for the first time as a UFC fighter against Charlie Ontiveros, even without a crowd in attendance like he’ll have in Singapore this weekend when he faces Maheshate.

“I gotta provide for my family, so in the sense of it living up to the expectations, it did,” he said of his second-round TKO win in Las Vegas’ UFC APEX. “I wish my performance would have been a flawless one and it didn't happen that way, but that's the fight game. We're in this chaotic cage and anything can happen, but I made sure how to figure out how to get the job done, and that mattered to me. So as long as I'm winning, you're gonna see a smile on my face - it might be a big one, it might be a little bit smaller one, depending on how hard the fight is, so I was somewhat pleased.”

How To Watch UFC 275 In Your Country

Most would have been happy with a decisive finish in a fight at the highest level of the sport, but after 15 years in the business, the 30-year-old from New Mexico takes a more practical approach to his job as a prizefighter, and that means the highs can never be that high, and the lows can never be that low. That keeps Garcia balanced, and largely helps him avoid burnout.

“I've been in the sport for a long time, and it feels like it some days, some days it doesn’t,” he said. “I feel like the sport's kind of worn on me in good and bad ways, but I'm just blessed.”

So what’s the secret?

“I can't really say that there's a particular way on how not to get burned out,” Garcia admits. “I think if you dedicate your life to this sport, which I pretty much have, you are gonna have your moments where you are burned out. I've had a year where I fought five or six times before, and trust me, it will wear on you. But when you have a passion and a love for it, the burning out process is minimal. And I'm not saying that I never feel burnt out or whatever the case is, but sometimes you just need to go on a vacation or go play some golf. And I do things like that to keep me sane, keep me leveled, and I just try to find little outlets here and there, and I think I've managed good enough to where I can just keep grinding. That's what it really comes down to.”

The grind took him through a perfect 14-0 amateur career and 12 pro fights before he got the call for Dana White’s Contender Series in the summer of 2019. He won, halting Desmond Torres in the first round, but missing weight for the bout meant he wasn’t going to get a UFC contract. Yet after another knockout victory, this one in the LFA promotion, he got a short-notice UFC debut against Luis Pena, a bout in which he moved up to 155 pounds. He dropped a decision to Pena, but proved that he could hang with his peers in the lightweight division. Then came the win over Ontiveros, and while adjusting to his new division is still a work in progress, he’s getting there. 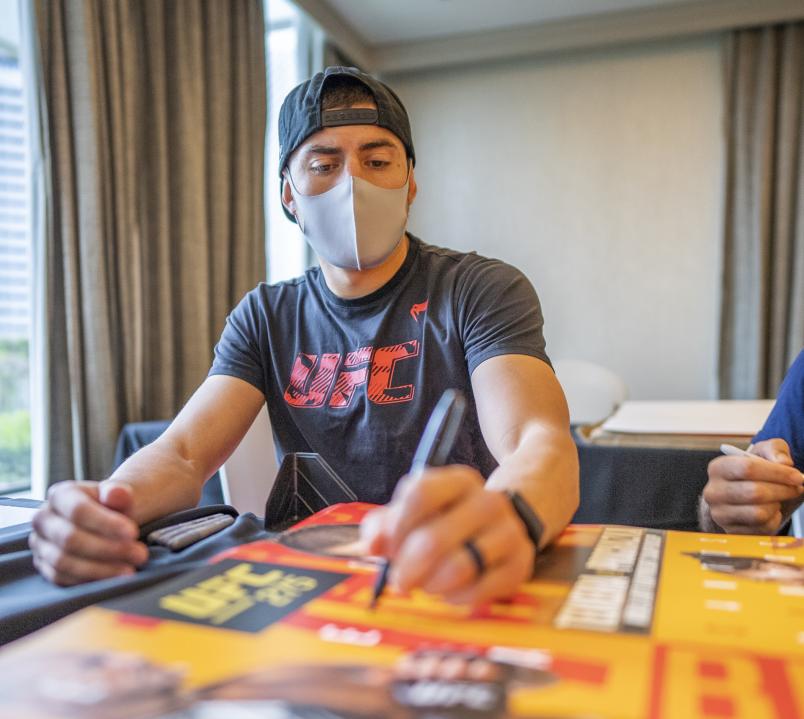 “It's not just about talent anymore, it's about making sure that you're as well rounded as possible and that you can compete with the wrestling and the strength to manage all aspects of the game,” he said. “Everybody's good at MMA now. So I gotta check all the boxes. But you're gonna feel my presence.”

And you’re going to see a different fighter than the one that showed up in Virginia more than two years ago to face Pena.

MORE UFC 275: Preview Every Fight On The Card | Five Reasons To Watch UFC 275

“My first UFC fight, I couldn't stop smiling because I made it, but I was disappointed because I lost the decision,” Garcia recalls. “That's over. Now it's back to business and it's all business. Every single opponent, we're gonna have ourselves a nice little fistfight, and I'm gonna watch you fall and hit the canvas. I'm gonna make sure I get my hand raised, and then I'm gonna go back home, make sure my family's good, and I'm gonna play some golf.”

Golf? Okay, but maybe it keeps the “Mean Machine” from getting burned out. Nah, he just likes it. As for the “B” word again, he says, “I don't have an option to be burned out. I have a family to feed. I don't got time to do it. This is such a cutthroat sport, it's nerve-wracking, but if I want to keep my job and I want to keep money coming in, food on the table, a roof over the head, I gotta beat every single person that steps in the cage across from me.”

UFC 275: Teixeira vs Procházka took place on Saturday, June 11, 2022, live from the Singapore Indoor Stadium in Singapore. See the Final Results, Official Scorecards and Who Won Bonuses - and relive the action on UFC Fight Pass! 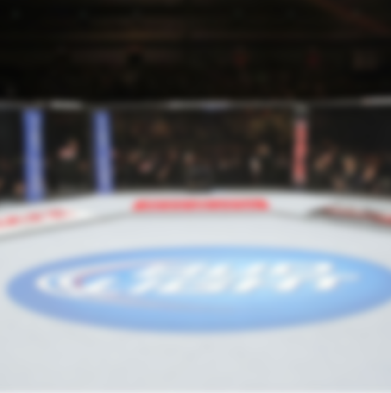