A Revitalized And Injury-Free Luke Rockhold Returns To The Octagon At UFC 278: Usman vs Edwards 2 After A Three-Year Absence, Taking On Paulo Costa In The Co-Main Event
Por E. Spencer Kyte, on Twitter @SpencerKyte • Ago. 16, 2022

On December 12, 2015, Luke Rockhold ascended to the top of the UFC middleweight division, earning a fourth-round stoppage win over Chris Weidman to claim championship gold.

The win pushed his record to 15-2, extended his winning streak to five, and put him in a position to be one of the biggest stars in the sport; his talents in the Octagon coupled with rugged good looks and an undeniably magnetic personality, regardless of if it drew you in out of fondness or disfavor.

Nearly seven years later and following a three-year sabbatical, the 37-year-old former middleweight champion is ready to return to action, set to face off against Paulo Costa in the co-main event of this weekend’s UFC 278 pay-per-view at Vivint Arena in Salt Lake City, Utah.

He’s in love with the sport again and eager to see if maturing as a man and fighting on his own terms will allow him to return to the form that once made him the best middleweight in the world.

“Honestly, I think it came from the moment I won the title,” said Rockhold, identifying when his relationship with the sport really started to sour. “It was a sense of relief that came over me.

“I went into the rematch with (Michael) Bisping with no real direction and not that hunger that I want to have. After losing to Bisping, like I rightfully should — I came in cocky — it was like, ‘What’s next?’ and being as competitive as I was, I was pissed off and I wanted to figure it out, find a reason and a place to fix my s***.

“I went to Florida and all these other places, and I started doing it for all the wrong reasons,” continued Rockhold, who lost the belt to Bisping in his first title defense, a short-notice affair at UFC 199 that nearly everyone assumed he would win handily, having previously dispatched the Brit with relative ease. He rebounded with a win over David Branch 15 months later, but then suffered back-to-back vicious knockout losses to Yoel Romero and Jan Blachowicz, leading to his hiatus.

“I started chasing this thing, going to places that weren’t suited for me, and I was doing it with more hate than love. I know people are weird in this sport and they criticize, but that’s the truth: I went out chasing this thing with hate, and when you fight with love, it’s different.” 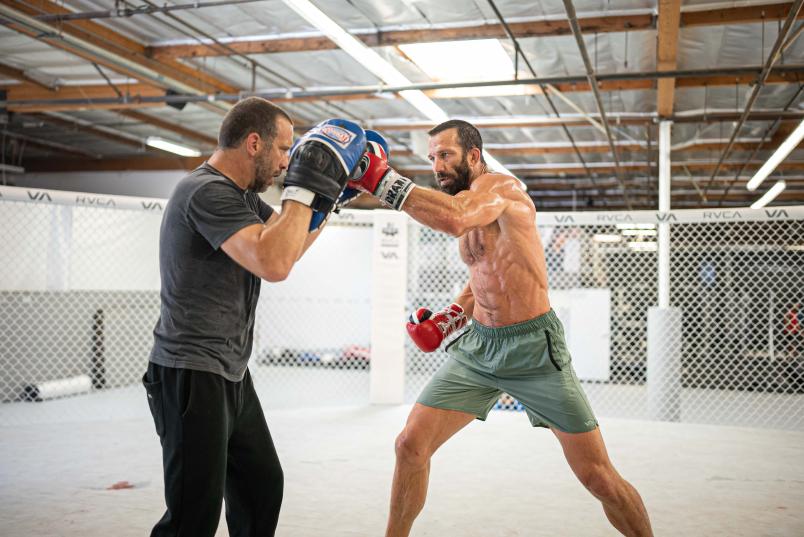 Though his voice sounds the same, the manner in which he speaks is quite different than the halcyon days, when his slow and soft surfer drawl delivered statements that made it clear that the successful and talented Californian had it all figured out.

Rockhold has been through a great deal in his time away — and even before that — and those experiences have clearly reshaped the talented California native. Working to put his body back together following myriad injuries and forced to really take stock of what he wants for himself from this life following the painful end of a serious relationship that had him planning for the next stage of life brought clarity, purpose, and a path.

FREE FIGHTS: Usman vs Masivdal 2 | Usman vs Edwards 1 | Costa vs Romero | Rockhold vs Weidman | Edwards vs Diaz | Usman vs Covington 2

“I had to go through some pretty s***** moments with relationships and other things, but I came out of that spot and realized I enjoy my life more than I enjoy the night life,” said Rockhold. “I enjoy the day life.

“When I’m in the gym, that’s my happy place and you ignite the healthy stressors to provoke creativity and create energy for yourself, and want to do more in other aspects of life.”

Moving to Los Angeles spurred a commitment to fixing what was broken, more figuratively than literally, and learning what he needs to do in order to maintain his body.

COVID prompted him to turn his home into a one-stop wellness club he refers to as “The Madhouse,” where he has everything he needs to keep his body functioning at optimum levels. He speaks effortlessly about the importance of movement and circulation, especially as we age and deteriorate, tossing out phrases like “health is wealth, man” without sounding like he’s trying to sell you something or convince you to come to his next seminar.

“I’ve created this lifestyle, I’ve grown, I’ve matured, and I’ve figured out what I want in life,” said Rockhold.

Professionally, that is to step back into the Octagon against one of the top contenders in the division and find out if he still has what it takes to make one more run at the middleweight title.

MORE UFC 278: Reasons To Watch | How To Watch In Your Country | Public Events Schedule

The 31-year-old Costa opened his career with 13 consecutive victories, finishing the first dozen fighters he faced before battling Romero to a decision at UFC 241. The victory earned him a championship opportunity, which ended poorly, and his return to action last October wasn’t much better.

In some ways, the Brazilian is the successor to Rockhold as the middleweight division’s mercurial dynamo — an undeniable physical specimen with clear skills, talents, and abilities that occasionally allows other things to get in the way of being his best professional self.

“I think he’s a great matchup for me; I love it,” Rockhold said when asked why Costa was the name he sought out for his return to action. “I think it’s a guy that I can expose, I can tag, and I can break. I think I can beat him in so many ways, and all he’s got is a shot. 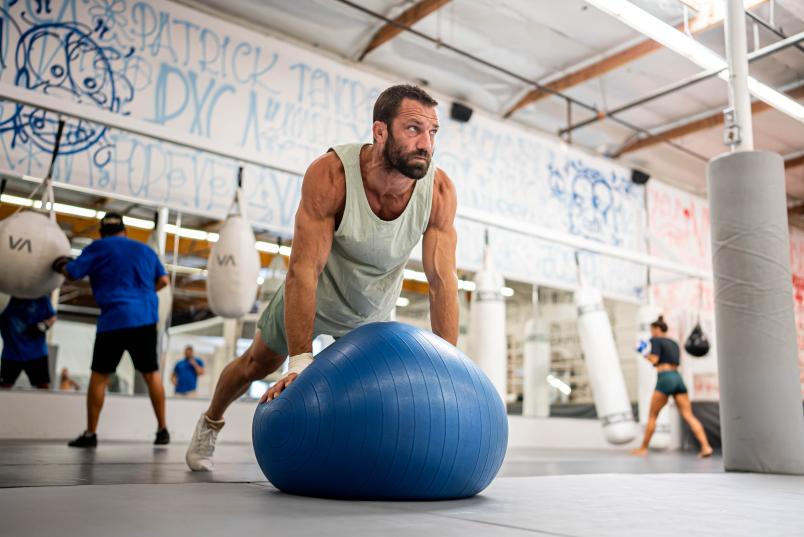 “I don’t like his character, I’m not fond of the dude, and it is a massive test. I want a f****** killer! I want one of the biggest killers in the game; otherwise, I’m going to hang it up.

“I’m not here to exist in this sport,” he added. “I’m going to go conquer new worlds, I guarantee that, so right now, it’s doing myself the honor and the privilege to go out there and compete without any of this other bulls*** and anyone else’s bulls*** weighing on me; this is just me.”

Anyone that watched Rockhold compete when he was climbing the ranks in Strikeforce or ascending to the top of the UFC middleweight division can attest to the fact that physically, athletically, and skill-wise, he was in a rare class — an elite talent with fluid striking and good power, world-class jiu jitsu and grappling, and the kind of self-belief that made him undeniable.

But then it got away from him.

He lost the title, lost himself, and lost his love for the sport.

He’s spent the last few years on a quest to find it again, and he has, and now he’s ready to see if he can once again unlock the access codes that previously made him the best in the world one more time.

“If I unlock that access code, they’re all f*****!” he said with a laugh, though completely serious. “I’m here, I’m ready, I’m sharp as ever, and nobody can compete with me in so many areas of this sport. Once I turn on, it’s over for everybody. It’s just a matter of accessing that code and getting to those areas.

When Rockhold makes the walk to the Octagon on Saturday night, it will end a 1,142-day absence.

Last time he made that walk, he was still considered one of the best fighters on the planet — a Top 5 middleweight and former titleholder, looking to recapture something he had lost. This time, he’s a 37-year-old with no expectations, eager to compete for himself, to see if the greatness that once came to him so effortlessly is still there inside of him.

So how it’s going to feel to step back onto the biggest stage in the sport?

“Who the f*** knows until I get out there and do it, but I want to know!” he said, a deep, satisfying laugh chasing his words. “I’m f****** scared, brother. We’re all scared in this game, but I build confidence every day with my actions. My actions build confidence and I’m just excited, because I really believe I can find it and put it together.

“But I don’t think he’s the better man.”

UFC 278: Usman vs Edwards 2 took place live from the Vivint Arena in Salt Lake City, Utah on August 20, 2022. See the Final Results, Official Scorecards and Who Won Bonuses- and relive the action on UFC Fight Pass!