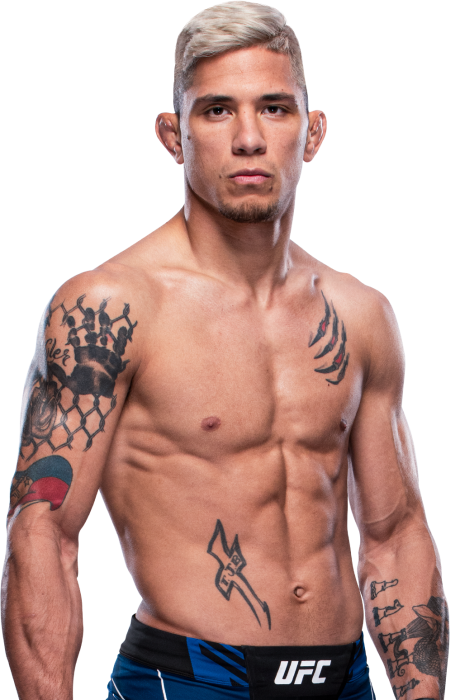 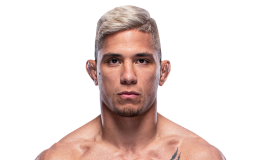 When and why did you start training for fighting? About eight years ago. I made some mistakes at the start of college football and wasn’t headed in a good direction. I found out I had a son on the way and had to make something happen. I found West Side MMA, started training and in a couple months took my first fight and won by knockout in 10 seconds. I was hooked.
What ranks and titles have you held? V3 featherweight champ, XFN kickboxing champ, brown belt in BJJ
Do you have any heroes? Jose Aldo, GSP
What does it mean for you to fight in the UFC? The world. I’ve been at this for a long time, and through a lot of struggles I stayed the course.
What was your job before you started fighting? Sold cars, maintenance
Specific accomplishments in amateur competition? USA boxing vet, undefeated in MMA, V3 champ
Specific accomplishments in pro competition? LFA head kick KO that made Sportscenter’s Top 10 (#4)
Favorite grappling technique: Arm triangle
Favorite striking technique: Head kick 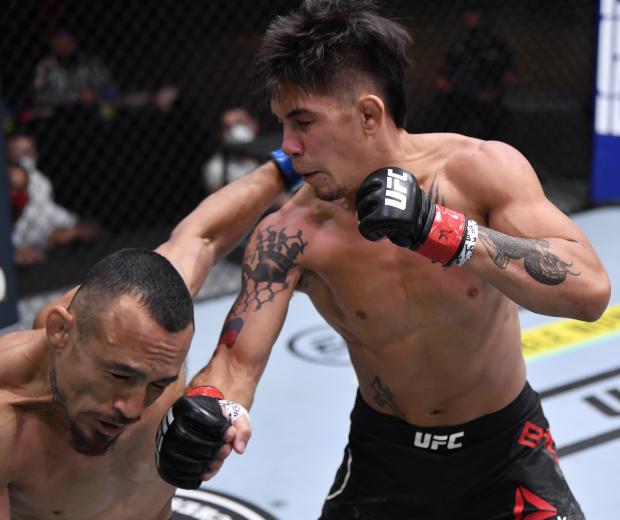