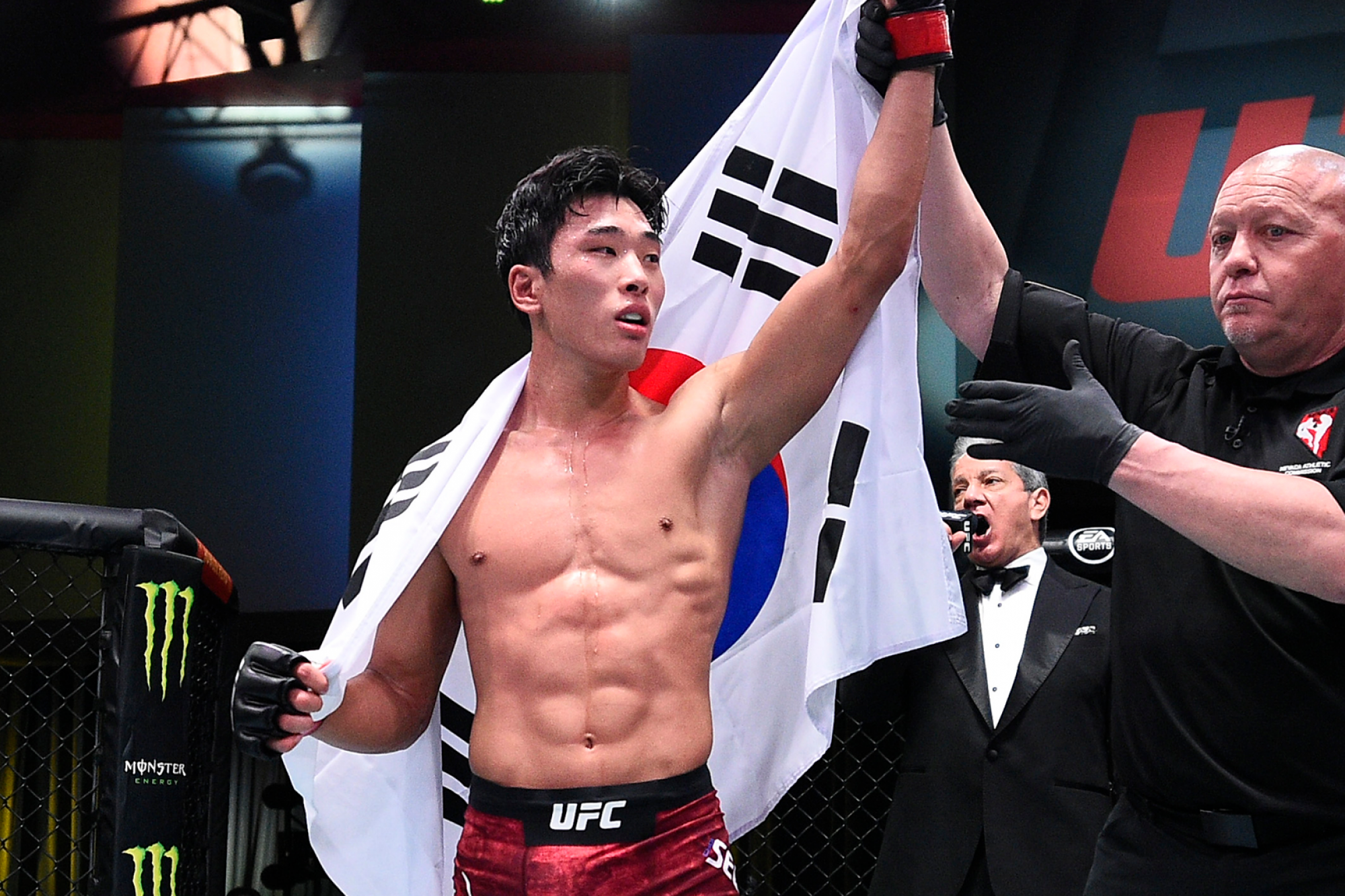 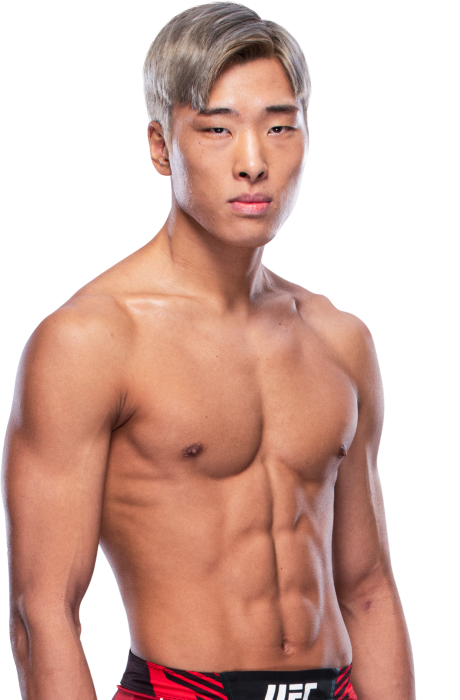 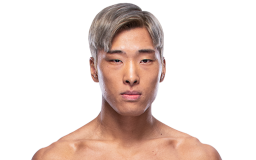 When and why did you start training for fighting? I started training when I was eight years old. At first, I was just curious, but now I have a goal.
What ranks and titles have you held? Muay Thai champion & Korea MMA group TFC champion for five consecutive years.
Do you have any heroes? I like Conor McGregor. I think his distance and timing are good. He has a good mental game that can shake the opponent both internally and externally.
What does it mean for you to fight in the UFC? It is the most meaningful time in my career. I will always do my best without regretting it, because it is the stage I always aimed for.
Did you go to college and if so what degree did you earn? I graduated from Yongin University with a bachelor’s degree.
What was your job before you started fighting? Fighting is my job and life. 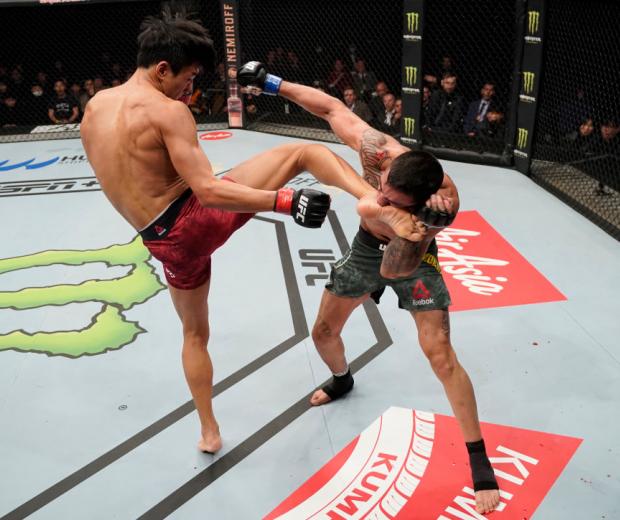