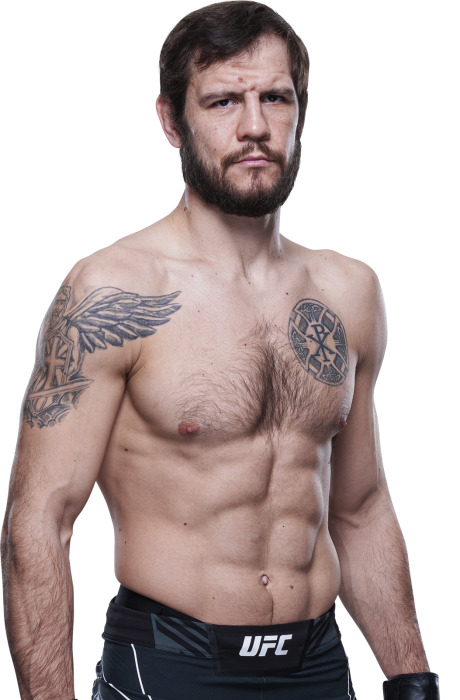 Q & A
When and why did you start training for fighting? I started fighting in 2012. I really enjoyed it and it turns out that I’m quite good at it as well.
What ranks and titles have you held? Master of Sports of Ukraine in Kyokushin karate and hand-to-hand combat, Master of Sports in Submission Fighting, and 2013 ADCC Ukraine Champion.
Do you have any heroes? Al Capone, Ilya Mate, Igor Vovchanchyn
What does it mean for you to fight in the UFC? The bird of happiness and I will not miss it!
Did you go to college and if so what degree did you earn? I’m currently enrolled at Donetsk Law Institute.
What was your job before you started fighting? I’ve been fighting professionally straight out of high school.
Specific accomplishments in pro competition? Gladiator Fighting Championship 4-man single-night tournament winner.
Favorite grappling technique: All kinds of leg locks
Favorite striking technique: Spinning back kick 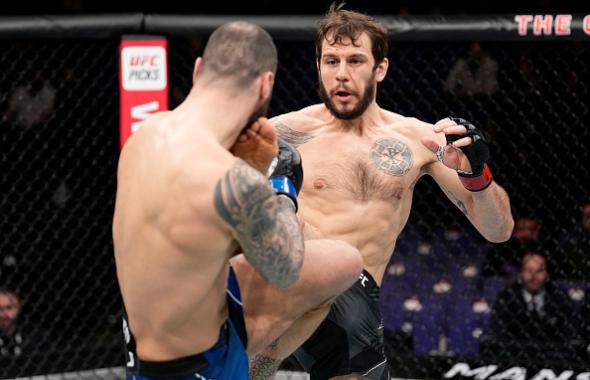