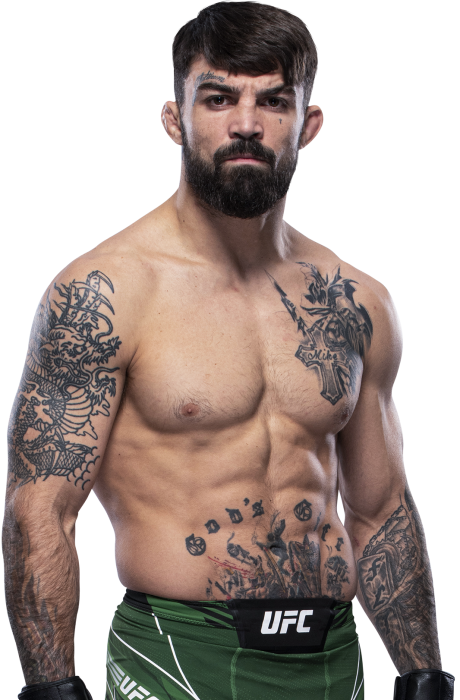 When and why did you start training for fighting? I started training for fighting at 11 years old. I always played sports but I wasn't the best student. I was one of the only white kids at almost every school I ever went to, and kids talked a lot of s**t. To this day, I hate a s**t talker.
What ranks and titles have you held? I was a Florida amateur state Muay Thai champion, as well as the Breakthrough MMA Florida welterweight champion. Ever since those belts I've never attempted to fight for another because my sights are set on the real gold, the UFC title.
Do you have any heroes? My heroes are Alex Nicholson and Miguel Cruz because my bros have taught me so much and try and keep me on the right path, which led me straight to the UFC. Also myself. I am my own hero. I've done a lot on my
own and I'm proud of where I'm going.
What does it mean for you to fight in the UFC? To fight in the UFC is a huge accomplishment for me. I am truly blessed to have made it to the front step of the stairs to my kingdom. My castle is on top of the highest mountain, but I am relentless and am so ready for this.
What was your job before you started fighting? I've had many jobs before fighting. I worked as a bus boy in many different restaurants and have done construction work since I was 14. Poured walls, swimming pools, mixed mud, demolition. Jack of all trades, really.
Ranks in any martial arts styles: I'm a purple belt In jiu-jitsu but I'm a black belt with these hands.
Favorite grappling technique: High crotch slam
Favorite Striking technique: Left hook 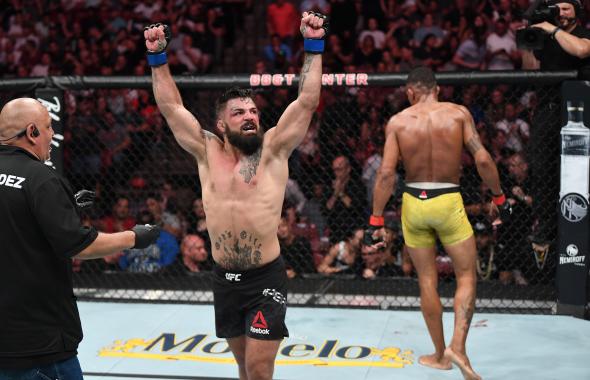