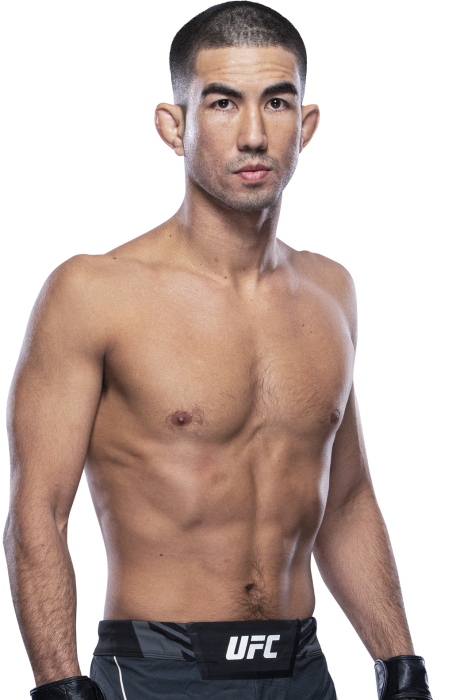 When and why did you start training for fighting? I started training in martial arts at a very young age, first with karate at the age of five.  I have always loved fighting and it has always been my passion.  Something about it just captured my imagination from a very young age
Do you have any heroes? Russell Doane, Ron Jhun, BJ Penn, Fedor Emelianenko, Jose Aldo
What does it mean for you to fight in the UFC? It means the world to me. I have wanted to make my living fighting ever since I was a kid and I have wanted to be a UFC fighter ever since I first watched it, so to actually have my dreams come to fruition is an amazing feeling.
Did you go to college and if so what degree did you earn? I went to community college, but I dropped out my sophomore year to pursue fighting full-time.
What was your job before you started fighting? I worked as a mascot for Papa John’s and as a dishwasher for a sushi restaurant
Specific accomplishments in amateur competition? X-1 World events 135lb amateur champion, Destiny MMA fight of the night winner
Specific accomplishments in pro competition? PXC Flyweight World Champion, 3x Fight of the Night winner
Ranks in any martial arts styles: Junior Brown Belt in Kempo Karate, Brown Belt in Judo
Favorite grappling technique: D'arce Choke
Favorite Striking technique: Jab