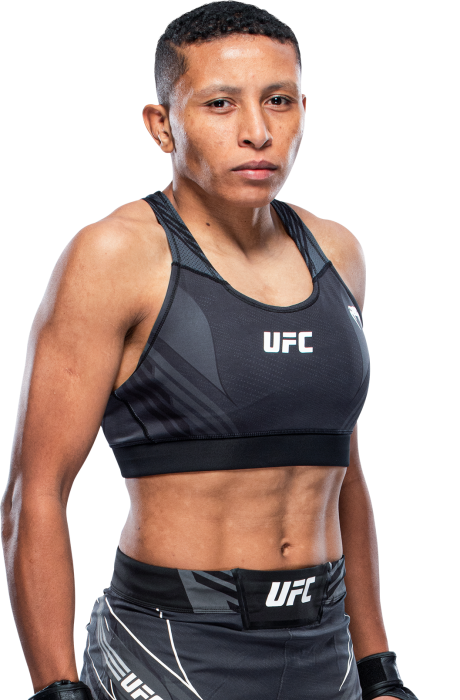 When and why did you start training for fighting? I started training 10 years ago to have better physical conditioning, as I played amateur football (soccer).
What ranks and titles have you held? I’m very well placed in the National MMA rankings.
Do you have any heroes? My Father
What does it mean for you to fight in the UFC? It’s about overcoming obstacles and fulfilling a dream. For years, I’ve been working to be where I am today, and I am very happy to be a fighter in the biggest MMA event in the world today.
Did you go to college and if so what degree did you earn? No, only completed high school
What was your job before you started fighting? Worked in security, as a waitress and in general services, and later taught martial arts classes (Muay Thai).
Specific accomplishments in amateur competition? I became a champion and holder of an amateur Muay Thai belt in a regional tournament.
Favorite Striking technique: Straight Punches