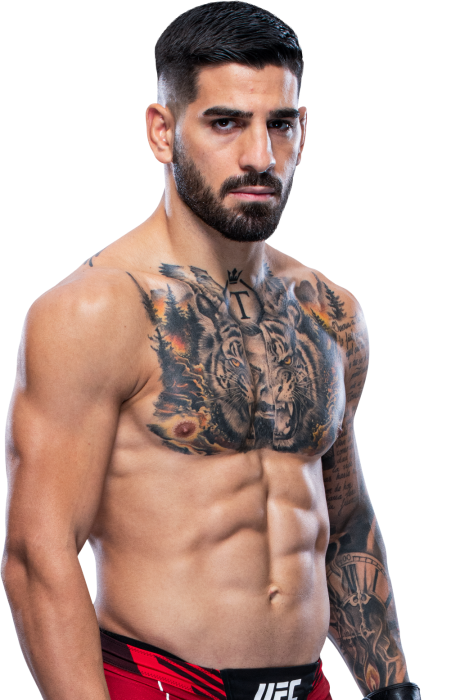 When and why did you start training for fighting? I started when I was four years old with jiu-jitsu because my father got me involved.
What ranks and titles have you held? Mix Fights WMMAL featherweight title
What does it mean for you to fight in the UFC? An opportunity that can change my life and my family’s life.
What was your job before you started fighting? Cashier at Stradivarius
Specific accomplishments in amateur competition?
-Winning the Arnold Schwarzenegger tournament called Arnold Fighter
-Second place in Europe in youth Jiu-Jitsu
Specific accomplishments in pro competition? Winning Cage Warriors bantamweight title fight in less than 2 minutes. (Did not make weight, therefore did not get the belt)
Ranks in any martial arts styles: Black belt in BJJ
Favorite grappling technique: Anaconda choke
Favorite Striking technique: Liver shot 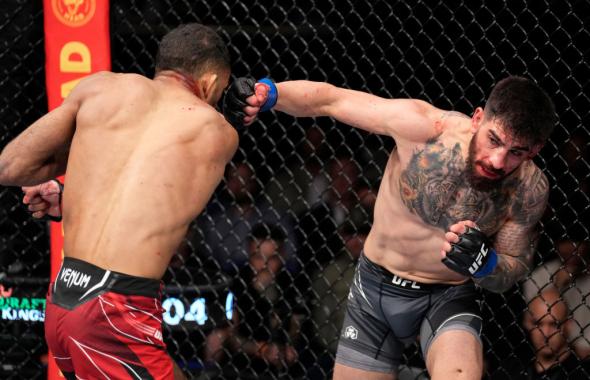