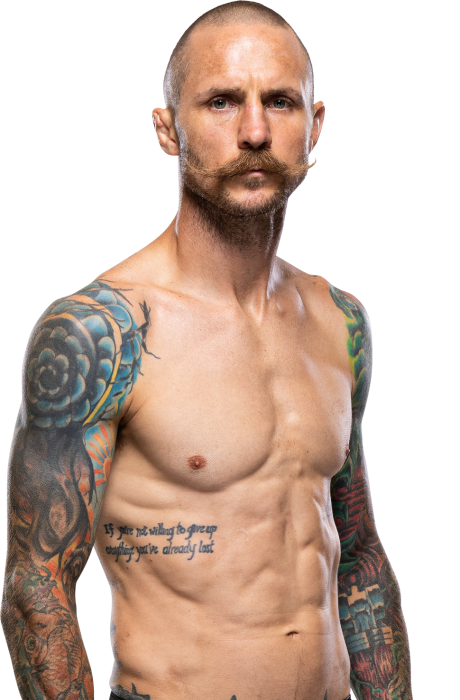 Q&A
When and why did you start training for fighting? Feb ‘03. I was always a wrestler, so when I started training, naturally I fell in love with the competition side of the sport and challenging myself against another individual. What ranks and titles have you held?  WEC world bantamweight title, TFC bantamweight champ
Do you have any heroes? My little brother
What is your favorite technique? I like to mix it up a lot; there’s no secret I like to stand and bang though.
What does it mean for you to fight in the UFC? To fight in the UFC is a dream come true.  It truly is the highest level you can achieve in the sport and I'm really excited and anxious to get in there and get things done!
Did you go to college and if so what degree did you earn? Went to college for 1 1/2 yrs
What was your job before you started fighting? Currently a full-time firefighter and part-time at Caster Maintenance Co.