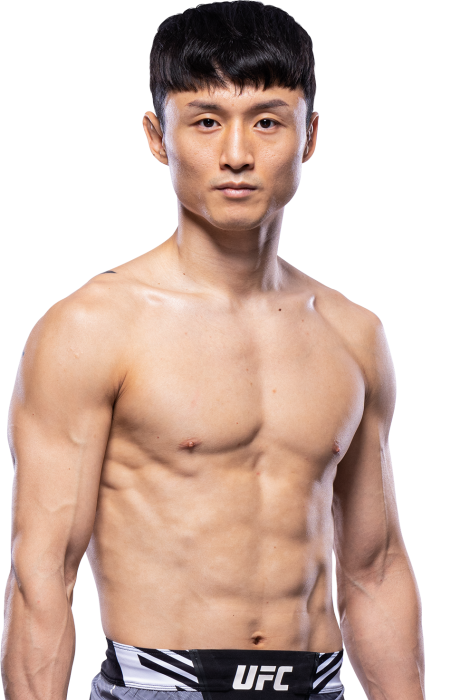 UFC Fight Night (1/14/18) Choi was stopped by Jeremy Stephens via strikes at 2:36 of the second round

TRAINING: MMA, weightlifting, boxing, conditioning - coming into this fight, I have been doing everything possible to be in the best shape of my life.

When and why did you start training for fighting? I was always interested in MMA and wanted to train because I was such a big fan of PRIDE.  But there were no places for me to train at that time. In 2008, when a Jiu-Jitsu academy opened up in my neighborhood I started training there immediately.

What ranks and titles have you held? None yet

Do you have any heroes?  Chang Seob Lee

What does it mean for you to fight in the UFC As an MMA fighter, it is a dream come true to be fighting in the biggest promotion in the world.

Did you go to college and if so what degree did you earn? I recently graduated from Gumi Kyungun University with a degree in Security.