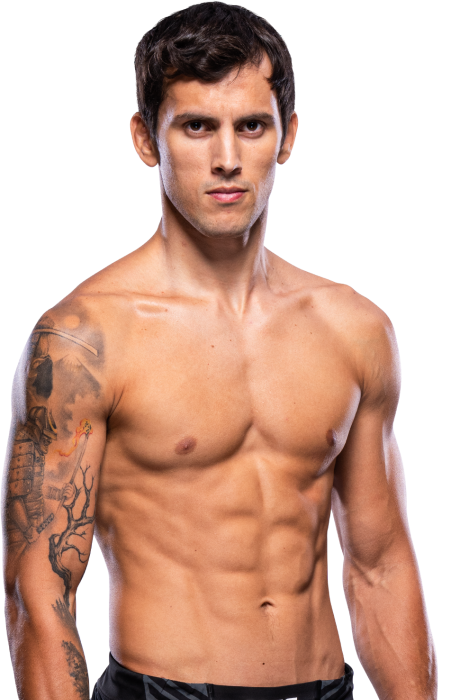 UFC on ESPN (12/4/21) Puelles submitted Chris Gruetzemacher via kneebar at 3:26 of the third round

UFC Fight Night (5/19/18) Puelles submitted Felipe Silva via kneebar at 2:23 of the third round

UFC Fight Night (11/5/16) Puelles was stopped by Martin Bravo at 1:55 of the second round in a fight for the TUF LATAM lightweight title

In the semifinals, Puelles defeated Marcelo Rojo via three round unanimous decision

In the quarterfinals, Puelles defeated Pablo Sabori via first round submission

In the first round, Puelles defeated Jose David Flores via second round TKO

TRAINING: I run intervals in the morning three times a week and meditate twice a week. Then hard MMA practice at noon and boxing or grappling training at night.

When and why did you start training for fighting? I started training Muay Thai in 2009. Then when I discovered grappling one year later, I fell in love with the sport and never stopped training.

What ranks and belts have you held? I won the ACC amateur 145-pound title in 2012 and I’m a purple belt in Luta Livre.

Do you have any heroes? Georges St-Pierre

What does it mean for you to fight in the UFC? It’s everything I’ve wanted since I started in this sport. I finally made it at just 20 years old. 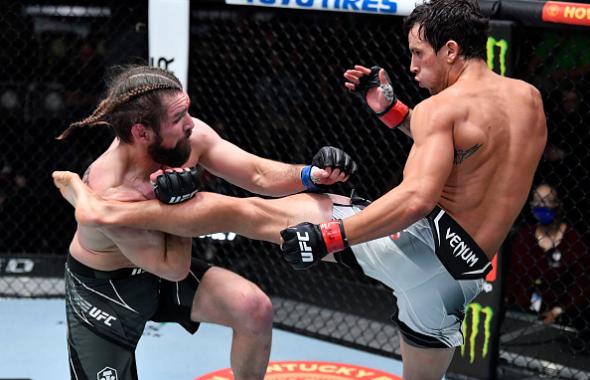