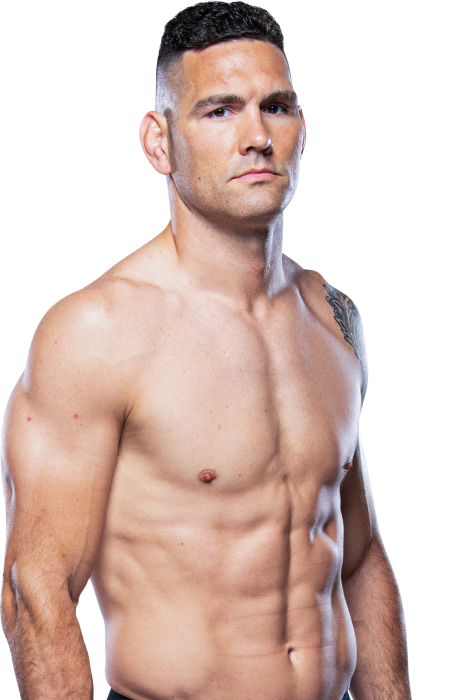 When and why did you start training for fighting? I was helping some MMA fighters with their wrestling, then I got interested.
What ranks and titles have you held? Former UFC middleweight champion, two-time Junior College All-American, two-time Division 1 All-American at Hofstra, NYS High School Wrestling Champion, 2007 CAA Wrestling Champion, NYS College Wrestling Champion, Ring of Combat Middleweight Champion, Grapplers Quest Absolute Division Champion, US Brazilian Jiu-Jitsu Champion. Black belt in Brazilian Jiu-Jitsu
Do you have any heroes?  Without a doubt, my hero is my father.  I have seen him go through some pretty difficult things in his life with owning his own business and personally.  He handles all situations with tact and respect for others.  And if he was ever at fault, he had no problem owning up to it.  I have always admired how he treated his employees and would give them the shirt off his back if they needed it, without thinking of himself.  He has made it to almost every single one of my and my siblings’ matches, games, school events, etc and he is probably the loudest, most emotional supporter in the stands. His love for our entire family and God is something I look to uphold in my own life.
What does it mean for you to fight in the UFC? I have set a lot of goals in my life, especially athletically.  Some I have accomplished and others I wasn't able to.  However, I can say that none of those matter now because fighting in the UFC was my ultimate goal and dream.
Did you go to college and if so what degree did you earn? I went to Hofstra University in Hempstead, NY.  I earned a bachelor’s degree in Psychology as well as a master’s in Physical Education
What was your job before you started fighting? Before I started fighting, I was an Assistant Wrestling Coach at Hofstra University and a full time graduate student.
Specific accomplishments in amateur competition? I was Grapplers Quest champion in my weight class and in the absolute division, with all 13 matches ending in submission.  Abu Dhabi trials champion with submission win in the finals over a world champion.
Specific accomplishments in pro competition? Ring of Combat Middleweight Champion, US Brazilian Jiu Jitsu Champion 2009, ADCC Participant and Absolute Division ADCC Participant (referee chosen).
Favorite grappling technique: Armbar
Favorite striking technique: Hook 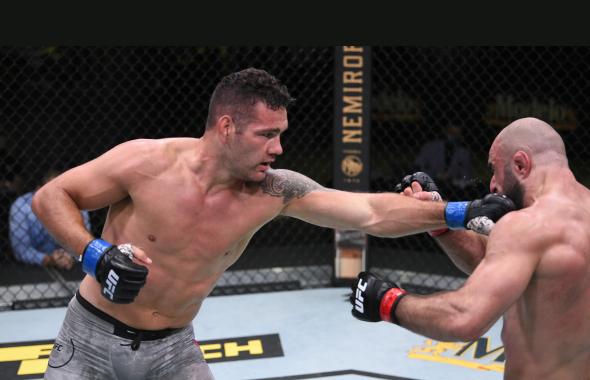