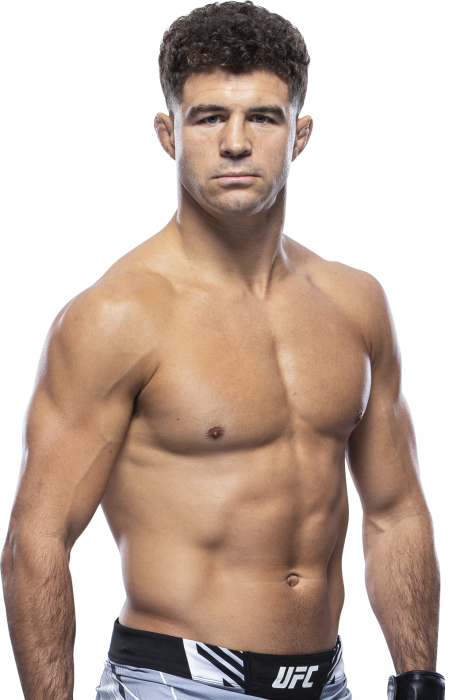 When and why did you start training for fighting? 2006. I got finished with the college wrestling season and one of my buddies was doing it, so I went down to the gym, tried it out, got beat up a little bit, and I had to learn it.
What ranks and titles have you held? TUF Live finalist, Nassau County runner-up in wrestling, USKBA Amateur MMA 160lb North East Championship, Extreme Challenge Trials Lightweight Champion, Combat in the Cage MMA Lightweight Champion, USKBA Amateur Thaiboxing East coast Super Middleweight Champion, and former Ring of Combat lightweight champion
Do you have any heroes? My father
What does it mean for you to fight in the UFC? One step closer to the ultimate goal of being the best.
Did you go to college and if so what degree did you earn? Associates degree from Nassau Community College
What was your job before you started fighting? Personal trainer
Ranks in any martial arts styles: Matt Serra Jiu-Jitsu purple belt
Favorite grappling technique: Splado
Favorite Striking technique: Head kick 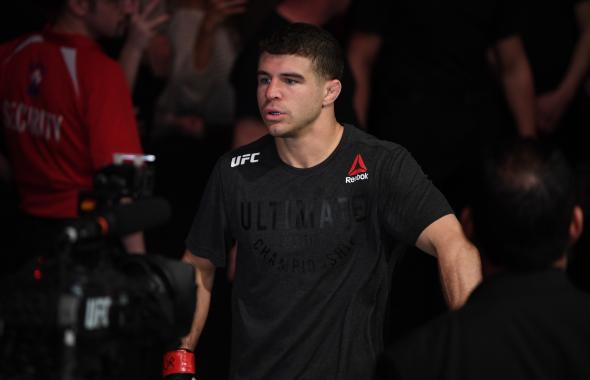 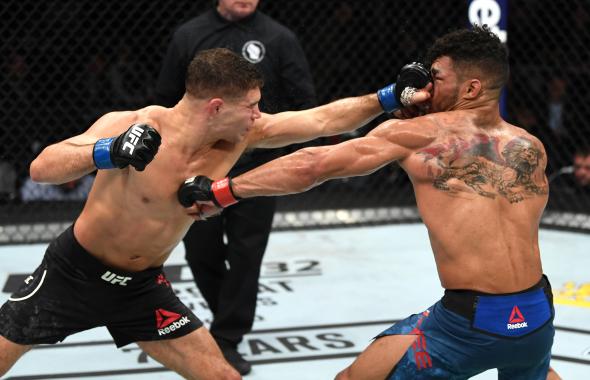